Things you should know going into The Darkened Sea:

The entry zone for The Darkened Sea is Tempest Temple. This zone can be accessed through The Buried Sea zone. The Guild Hall portal will port to the other Tier 1 zone, Katta Castrum: Deluge

Tier 3 zones are locked independently - that is, you must complete the flagging quests in one Tier 3 zone to enter the next Tier 3 zone. The order is: Degmar, the Lost castle - Thuliasaur Island - Combine Dredge - Arx Mentis 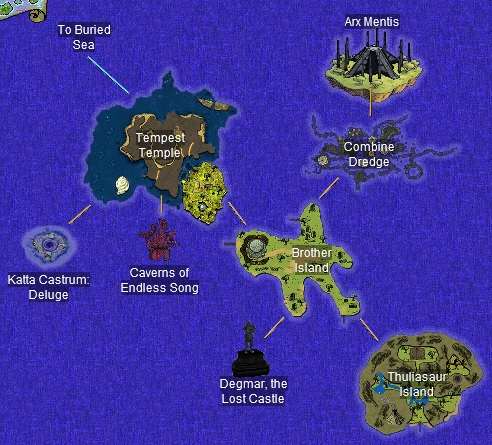